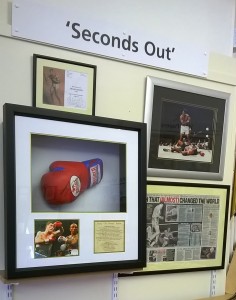 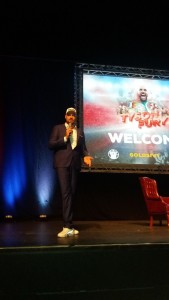 was treated to an enthralling and entertaining session with

heavyweight champion of the World, 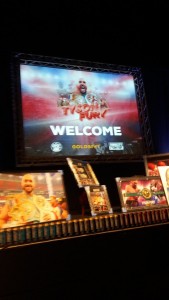 Tyson’s father John gave us a fascinating insight into how

he made sure the young Tyson Fury and his brothers

had a roof over their heads,

Tyson then joined the show and told a packed audience

that from the age of 14 he wanted to defeat

This had always been Tyson’s dream goal

and when it was achieved he found there was a void

in his Boxing career which was soon to cause him

From 18 stone heavyweight to 28 stone overweight.

From being an eighteen stone heavyweight fighting machine,

There were alcohol and drug issues to contend with

but eventually he conquered these demons.

Tyson was determined to fight Wilder

and after months of severe training he thought he was ready

to take him on in Paradise, Nevada, USA. 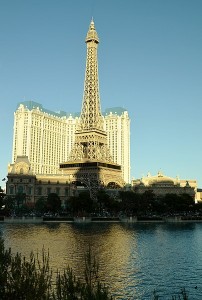 This was not a view shared by Tyson’s wife and family.

for Tyson’s wife, father and brothers.

They didn’t want the fight to go ahead

as Wilder’s punching was venomous.

The contest did go ahead

and ended in a controversial draw.

This bout was the first of a trinity of fights

during which Wilder knocked Tyson

down on ten occasions.

Every time Tyson picked himself up,

dusted himself down and continued the fight.

After the three fights with Wilder,

Tyson was the WBC Heavyweight

Champion of the World.

After his victory over Dillian Whyte

Tyson told the press  he had decided to retire from Boxing.

and returned to the ring once again.

Fury v Joshua is on the cards.

to a ‘Battle Of Britain’ contest

at the Principality Stadium in Cardiff,

in late November or early December 2022.

The venue has yet to be decided and Joshua

has yet to accept the challenge

at the time of writing this report.

To close an excellent evening of entertainment

we had a duet featuring Tyson

and the show’s Geordie compere

Very appropriate, as it was a case of

and welcome to the Fury/Joshua contest.

Watch this space as they say 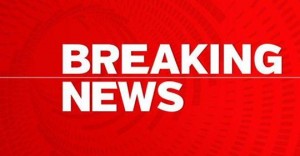 to win an Olympic Gold Medal

when she won the Women’s

at the  Tokyo Olympics.

Up to the minute Boxing News

Full details on BBC link below.

Up to the minute Boxing News 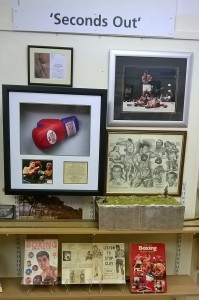 John H. Stracey has been added to this display. 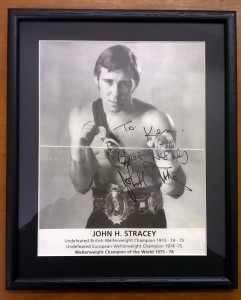 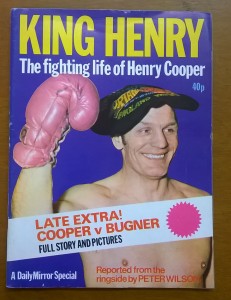 A new addition to our ‘Seconds Out’ display. 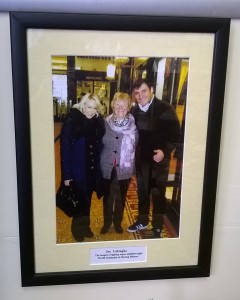 Joe Calzaghe outside a Paris night-club.

Joe is the longest reigning super-middleweight

Our new selection of Boxing Books is now on display.

Viewing this most interesting display will take more than a few seconds. 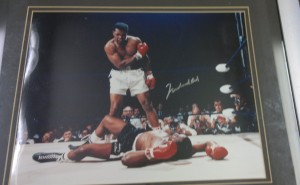