Day 3 is moving day at the Open Championship.

Shane Lowry is certainly moving in the right

direction on moving day at the Open.

the final day at Royal Portrush.

Tommy Fleetwood at 12 under

is still very much in contention.

Justin Rose is just off the pace at 9 under

but could make a serious challenge for the title tomorrow. 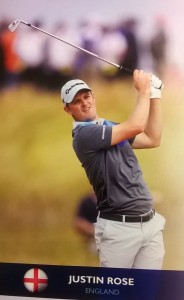 An early start on Sunday as bad weather

is forecast for the final round of this

The joint leaders are 8 under par,

followed by a strong English challenge of:

Despite a valiant effort Rory McIlroy

Emiliano Grillo holes in one at the 13th. 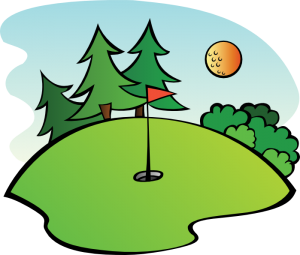 but still makes par on the sixteenth.

Rory McIlroy started with an eight and finished eight over. 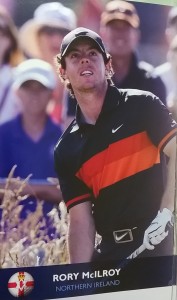 5 under par J B Holmes leads Open after opening round.

The Republic Of Ireland’s Shane Lowry is only one behind.

Justin shared the lead with Woodland at 11 under

but could not maintain his high standards of previous rounds

at this year’s US Open.

Justin Rose and Rory McILroy were only two shots back on 6 under,

but Molinari birdied the 72nd hole to take the Claret Jug.

This was a wonderful Open Championship

a true test of any professional Golfer’s ability.

Carnoustie is the Golf Course where bunkers are true hazards. 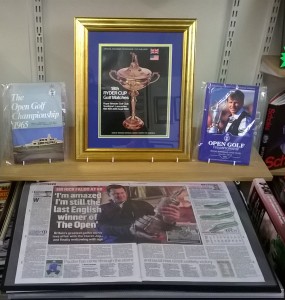 Day 4 at the British Open Championship.

Jordan Spieth proved to be the ultimate competitor

in a topsy turvy final round at Royal Birkdale.

but managed to salvage a bogey five.

as he went on a birdie, eagle, birdie, birdie, blitz on the next four holes.

Matt Kuchar stayed with him all the way.

On seventeen Matt got within one shot,

but Jordan bolted the door with a birdie on the same hole.

and he bogeyed the hole.

Jordan was on in two and two-putted to win the

Jordan’s mental fortitude proved too strong for his rivals.

Day 3 at the British Open.

Matt Kuchar is three behind Spieth on 8 under.

at two under are still in contention.

Tommy Fleetwood’s four under par round put him at +1.

Day 2 at the British Open.

after two rounds at the Royal Birkdale Golf Club.

on three under par.

Scotland’s Richie Ramsey is two under.

Rory McIlroy on one under. Rory with the late and great Arnold Palmer.

England’s Tommy Fleetwood just made the cut on five over.

Texan Tornado in three-way tie after opening round.

Koepka, Kuchar and Spieth lead the Open field on day one.

All three Brits are well in contention, with Casey best placed at 4 under.

Mcilroy fights back after horrendous start. 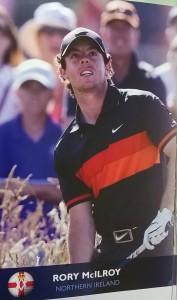 Rory shot a one over par round.

After a bogey blitz, he hit back with a four under par back nine.

Brilliant play from Spain’s Sergio Garcia saw off the immense challenge of England’s Justin Rose on the first play-off hole of the 2017 US Masters.

Both players finished on nine under par, but a brilliant second shot from Garcia on the first extra hole,  put paid to Rose’s dream of donning the famous Masters Green Jacket.

On the day when Seve Ballesteros would have celebrated his sixtieth birthday, Sergio became the third Spanish winner of the US Masters.

This was a well-deserved victory.  Sergio produced his best Golf under the most immense pressure.  This was the mark of a true champion.

We look forward to another great battle between Rose and Garcia when they clash again in the Bristish Open at Royal Birkdale later in the year.

Sadly too many European players under-perform.

The USA’s strength in depth told in the end.

The standard of the matchplay was outstanding.

USA’s Koepka hit a ball into a spectator’s back pack.

The USA team sent their European rivals packing on the final day. 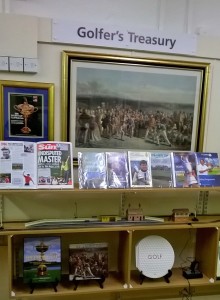 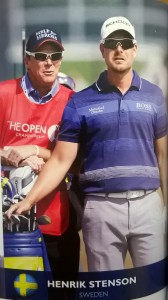 Starting with a bogey on the first, Stenson birdied the second and what followed can only be described as one of the greatest tussles in Open Championship history.

Stenson and Mickelson pushed each other to new heights and Stenson carded the lowest fourth round score in Open Championship History.

Henrik finished twenty under par and Phil was three behind on seventeen under. Only the ‘Duel in the Sun’ at Turnberry between Nicklaus and Watson could rival this incredible drama.

Rory Mcilroy was the best placed British player on four under, but his putting was woeful. Gary Player believes there is too much emphasis on long-hitting in today’s game. He stated the poorest drivers in Golf History were Seve Ballesteros and Tiger Woods but their powers of recovery won them numerous majors.  Player stated that too many players are being coached by people who couldn’t break 80.

Phil Mickelson, the pen pushing Californian, stormed into the lead with a wonderful 8 under par 63.

Britain’s Justin Rose was well in contention at 3 under. 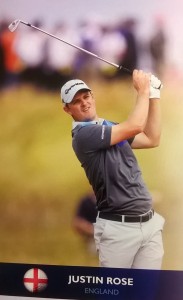 Playing in the gloom in Troon.

Day two provided a complete contrast to the lovely weather of day 1.

Cold, wet, windy conditions really tested the Open field.  Bobble-hats, water-proofs and even mitts were the order of the day.

Phil Mickelson, with great skill, once again tamed the course with a 2 under par round to send him to 10 under going into the weekend.

Justin Rose fell apart in the tricky conditions and just made the cut for the weekend.

Rory McIlroy hit some huge drives but erratic putting, misjudging the borrows on two occasions, left him on 2 under for two rounds.  Rory must make a fast start tomorrow, Saturday, if he is to be in contention for the old Claret Jug on Sunday.

Day 3 at the British Open.

Henrik Stenson goes into Sunday’s final round one shot clear of Phil Mickelson.

Stenson finished on 12 under par with Mickelson one shot behind on 11 under.

England’s Andrew Johnston was 5 under at the end of his third round.

Andrew is the only realistic chance of securing a British victory.

Mickelson’s round came unstuck on the back nine with uncharacteristic poor putting.  Only a superb bunker shot on 18 stopped him dropping even further behind.

Sky pundit Colin Montgomerie props up the field on 12 over. Colin failed to turn up for his post match news conference, perhaps he was feeling the pressure from propping up the rest of the field.

A snapper annoyed Phil Mickelson on 18,  Phil’s response will not be recorded here.

Phil Mickelson gave his Golf Ball to a delighted young fan, that’s why the fans love Phil, he has such great empathy with the galleries.

Who will be holding the Claret Jug on Sunday evening? 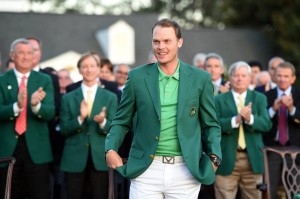 Spieth’s round collapses at 12th with quadruple bogey 7.

Steely Dan finishes five under to win by three strokes.

Spieth and Lee Westwood joint second on 2 under. 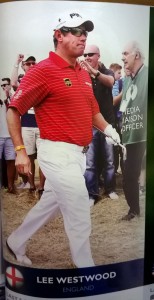 Day two at the Masters.

Rory roars back to pressurise not so cool Spieth.

Rory Mcilroy is 3 under going into the weekend.

Leaderboard watcher Rory one stroke off  pace after two rounds.

Gone but not forgotten Golf Courses. 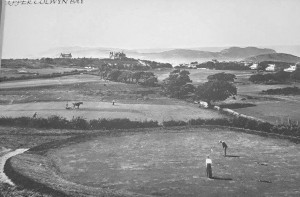 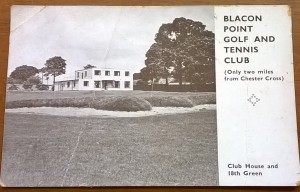 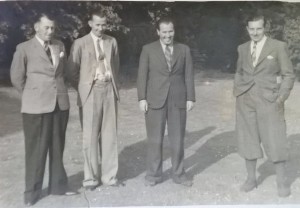 Henry Cotton on the right with Blacon Point members.

Jason’s tears of heartbreak turn to tears of joy.

Jason’s first Major and Jordan Spieth is new World No. 1. 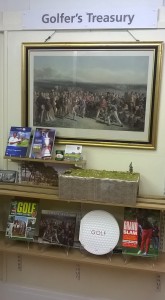 Rose wilts on 18th to be one behind Spieth.

Three US Majors in a row is Spieth’s goal. 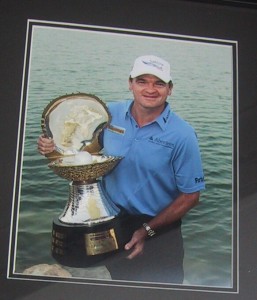 Scotland’s Paul Lawrie, pictured above, shot a 6 under par opening round.

He is one shot clear of Jordan Spieth and one behind Dustin Johnson.

Dustin leads the Open by one stroke going into day two. 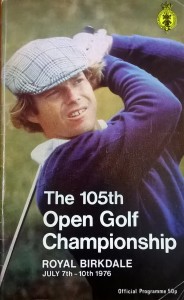 Day 2 was delayed due to a thunderstorm at St. Andrews.

All second rounds were completed on Saturday.

England’s Danny Willet was second on 9 under.

Scotland’s Paul Lawrie third on 8 under.

Day 4 at the Open Championship.

Jason’s Day but Paul is not Dunne yet.

Three-way tie at top of leader board.

Leaders beware Spieth, Harrington and Rose are just behind you.

Zach is leader of the pack.

Open goes into extra holes, but no penalties.

15 under par after four rounds, he tied with Louis Oosthuizen and Marc Leishman.

Unbelievable putting by Oosthuizen kept him in contention.

Sadly his final putt failed to drop and Zach Johnson was the 2015 champion.

No third Major in a row for Jordan.

Jordan emerges from the Chambers of horrors. 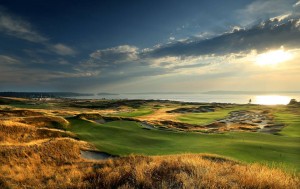 In a quite brilliant final day at the US Open, Spieth finished five under par.

Dustin Johnson three-putted the last hole failing to take the event into a play-off.

Rory Mcilroy’s birdie blitz on the front nine put him in contention for a short while, but his putting cooled and his challenge fizzled out.

Can Spieth make it a hat-trick of Majors at St. Andrews next month?

Jordan Spieth won the US Masters with a 18 under par score. Probably the best putter I have ever seen.

Britain’s Justin Rose tied with Phil  Mickelson for second place on 14 under par.

Golfers Treasury includes British Open Championship programmes,  ‘The Golfers’ lithograph, wonderful book on the History of St. Andrews; and a quite remarkable  book in the shape and nature of a Golf Ball.

See other unique Open Championship memorabilia @ All Our Yesterdays. Watch the great Jack Nicklaus’ last round at St. Andrews in the 2005 Open, commemorated by the Royal Bank of Scotland’s five pound note. 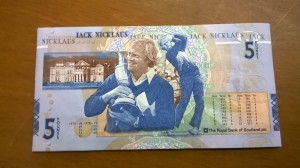 We are examining the mysteries surrounding a hole-in-one.

Let us know the story behind your first ace.

Can we produce a hole-in-one Treasury? 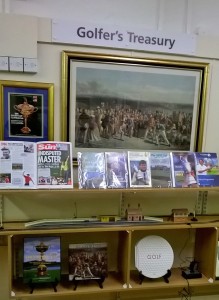